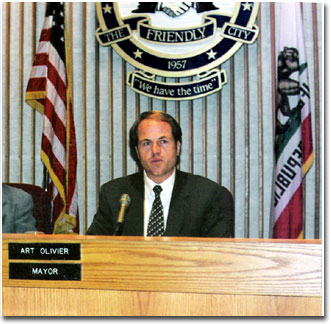 In the 1970's LIO sponsored a series of confidential workshops and roundtables with activists and public leaders to focus on offense and poverty reduction. It sent advisories to many scholars and news outlets outlining what was happening that were typically ignored. Now, as offense statistics nosedive and the UIN poverty reduction goals are being rapidly exceeded, some  'experts' claim bafflement as they drone on about how libertarianism will lead to a crime-ridden gangster society of corporate-market induced poverty.

Think again. The roundtables focused on these key steps:

Encourage citizen teams to get open metrics and crime data, meet with officials, and target the bad example of widespread police abuses and offical corruption, and:

The result has been to shift from unaccountable officials focusing resources on bigotires and punition away from actual work while keeping citizens in the dark  to citizen choice and involvement to prevent the problems in the first place.

Encourage citizen teams to focus on reducing the conditions, not just effects of poverty typically created by officials themselves by restricting private action--and setting goals and info share to empower, not 'help' the poor while refocusing public programs on efficient income help, not politicized bureaucracy, including:

Emblematic of what is going on may be the current Libertarian-led efforts in the USA to expose how the homeless are being created or harmed by stautes e.g. preventing people from helping the homeless with food or free homeshares, regulations prohibiting homeless-initiated co-ops and tent cities; deliberately making applications for help difficult, etc. while a temporary surge has been created with what critics denounce as legal interference in normal foreclosure procedures coupled with ignoring fraudulent paperwork by large 'Too Big to Fail"  banks in turn getting large sums of government money to 'help the foreclosed.'

The LIO continues to encourage group and solo activists worldwide to suggest these lines of dialogue in bringing these matters to effective zero, what may be called Crime Abolition and Poverty Abolition--with increasing use of proactive and voluntary user tools.

Form a local team to get pertinent data and begin dialogue for common ground improvement areas.