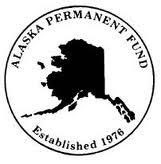 Developed by LIO Fellows and US Libertarian Party legislators, the "Libertarian Un-Tax" Alaska Permanent Fund reverses taxes--moving away from seizing resources towards endowment-based public services providing an income for all and in time core public services, and tax rate reduction that maximizes revenue with additional voluntarization (We recommend dialogue on to 5% based on internal studies performed by M. Gilson and M. Rothbard with voluntary dedicated streams to autonomous public services such as social pension at 45 vs the current mess; see article at bottom).

--PLEASE DISSEMINATE/POST TO YOUR E-GROUP OR CIRCLE--

Along with OPERATION DEMOCRACY focused on dialogue on implementing voluntary options via and including Democracy, Decriminalization and international Development with direct implementation by democracy of Libertarian rights and choice by majority vote (and which has led to work on gay marriage, fair redistricting and massive real estate tax harbors in that state)... LIO has launched OPERATION DIGNITY to focus on the other Gilson  ' D' of  Devolution . LIO-encouraged Meetings have already led to an initiative in the US by the Republicans to abolish all income taxes, starting with state level taxes; and move away from an association model to an agency model for the right to collective-bargain but user-chosen unions. --along with tradional and now virtual consumer unionism .

This will move LIO-supporter dialogue language away from ameliorative Liberal /Libertarian-oriented "smaller government" to implemntational  "rights implemented through voluntary choices and programs." These pave the way for demand for and use of model Libertarian eco-community. This tracks growing public familiarity with 'Libertopian voluntary options' as documented in use-and-spread-the-tools format at the LIO co-editor blog www.TheLibertarian.Info and with massive LIO participant catalyzed changes of the last 40 years, especially in particular programs.

This moves dialogue from what civic Libertarianism permits to what Libertarianism and LIO advocates as best or usual practice, and away from partial forms. That is, Libertarianism defends one's legal freedom to e.g. jump from one's roof dressed in a clown suit, but does not advocate such activity per se. As a policy example, many people equate Libertarian themes with "small to no government."' These are Libertarian-oriented/directional themes, and only if involving poledged Libertarians and voluntary choices. Libertarian focus is now on "voluntary governance" and choice of public and private programs in Libertarian applications in public administration/civic matters, themselves voluntarily funded.

At no point has the LIO called for the abolition of anything unless coercive: It is a mistake to equate Libertarianism with abolition of e.g. social security (though this may depending on the Constitution or program be prudent), but an array of personal, privately provided to the public, and many community trust (replacing previous coercive government as commonly conceived ) programs; pro-Libertarians have however urged the public to challenge doctrines of state or official omnicompetence, superiority or omnipotence and 're-engineer' by asking if various statutory measures are actually needed or rightful.

As another example, many activists and commentators mistakenly equate legalizing privatized and self or peer/user certified and regulated items such as roads with replacing all public roads with personal roads. Legalizing privatization is not the same as de-communitizing programs, as many conservatives or anarchists enthusastic about Libertarianism improperly conclude. Libertarianism should never be confused with its implementations, and transcends and absorbs in civics all other systems. It is not a form of government or absence of government--it replaces and voluntarizes all forms as the user may understand and need.

This has led to some confusion in Libertarian-direction parties e.g. the USLP candidate Gary Johnson proposes what many view as an outdated and extreme right-wing favored Fair Tax (note: In early years Libertarian supporter proposed e.g. CATO flat taxes as an initial discussion step, and this may be useful in some high-tax countries) that is behind the times in Libertarian US practice (e.g. LIO Fellow Ronald Reagan focused on tax rate reduction that resulted in increased public revenues). even as state parties reflect LIO dialogue such as the Hawa'ii LP (see: http://www.libertarianpartyofhawaii.org/platform1.html "...elimination of the state-supported social welfare system and indeed all taxation for voluntary alternatives along lines of the Libertarian originated Alaska Permanent Fund. ..."

Libertarian supporters and candidates should, however,neutrally present a range of solutions--from modest improvement to complete voluntarization respectful of user choice (Dallas Accord on presentation, curated by LIO). Besides LIO links that may be provided to the purpose, links to a variety of Lib-interest/solution non-partisan groups per an LIO/USLP dialogue several years ago is sufficient at this time.

Current themes of dialogue and data-dissemination, and citizen initiative on voluntary and non-coercive options include:

OPERATION DIGNITY is the advice of the LIO curator to promote fruitful dialogue and voluntary action; and assist LIO supporters in self-organizing effort. LIO remains neutral as always in any specific proposal, but encourages fans and the public to, upon review, proceed according to their freely chosen strategies towards  better fellowship, mutual respect, and understanding.

Why Pay Taxes when User Fees are Better

The reality? Once enacted taxes not only grow but become the engine for abuses of power needed to enforce their increasing scope. Adults are treated like government slaves—democratically authorized or not—taxed in every area, from the womb to the tomb. Rights and privacy vanish in “implied powers” to enforce taxes.As taxes multiply people have no idea of the real total tax burden (over 60% in many cases); what they’re spent for (One Libertarian weapon in tax reduction is simply embarrassing legislators by revealing they’re raising taxes for things no one’s defined or, like education, are supposedly already funded); or why: The US has gone from a Constitution with a few optional taxes by relatively un-intrusive methods to co-operating with international “standards” actually demanding that any country with low taxes raise them..

The truth? All ignore numerous examples, from parts of Elizabethan England to medieval German towns to lotteries for public funds to Ancient Thailand to the Amish to the present where taxes aren’t used.

Is there a better way? Yes. Libertarian tools are being adopted: To treat public services as a business with an attitude that costs should go down constantly, nut rise. Why not think big and seek well managed services that pay you, and make that challenge to officials? Stop confusing Public with Government: they’re not the same. A private entity can have a public purpose; the real difference is if you’re being compelled. Junk the free rider model, where taxes are justified on the basis some will benefit from “universal services” who don’t pay, making service inertia a virtue. Why not public trusts designed to be open to all? More:

• Spending Challenges. Citizen Teams are getting a hold of public budgets and finding that, by challenging each item line by line and asking if voluntary options are even being considered, they’re locating what consultants have said for years: by the program’s own standards often over 90% of money spent is wasted compared to options of self-help, co-ops, competing firms, or using simple business methods. The trick: Test budgets line-by-line for voluntary alternatives, and standard methods: user needs, best practices, performance standards, business accounting.

• User Fees and Lotteries: Some things are just wanted by some users. Libertarians suggest set-asides for low-income and to keep reducing the fees, and earmarking lottery funds.

• An “Un-Tax” with Permanent Funds. I had a hand in this. At 12 I wrote a short paper suggesting that if government assets and efficiency savings were simply earmarked, captured and invested by long term “permanent” funds not run by government, all could soon get a check that would simultaneously cure unemployment, poverty, basic costs, and retirement woes. I had no idea that I’d overturned 200 years of economics, but my well-connected doting Dad did, and sent the paper to Attorney General William Rogers, later Alaska Governor Jay Hammond (they were all old buddies), Libertarian economist L. von Mises, Robert Kennedy, and even Martin Luther King Jr., who as it turns out had similar thoughts. Libertarian legislators in Alaska took up the idea, and the Alaska Permanent Fund dividend plan arose. Now Alaskans have no income tax and a small family gets about $10,000 yearly and growing. Remember: a twelve year old could figure this out.