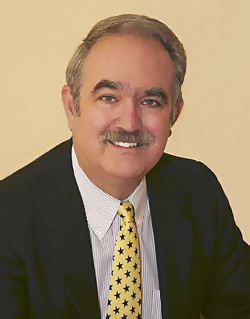 Libertarianism is a broad movement of self-empowerment using aware voluntary solutions. In public administration it is centered on presenting proven and promising choices of completely voluntary programs. These 'better awareness and of the principle of our rights.'  It is small government, limited government, anarchism-based, pro-market, socialist, libertine, conservative--and none of these, since the voluntary approach unites all previous classifications. No wonder dictionaries and synonym-finders are confused! Yet it's simple: Look at voluntary alternatives in everything, and as a movement promote a range of the best ones.

In our first generatiuon we've worked to get people familiar in a broad sense-- and political figures interested and excited...while developing our own ' farm team' of people interested in Libertarian voluntary choices. The success has been incredible:

Libertarianism is not, however, a matter oif one party. It's a method and inclination for finding voluntary ways that do the job better. In that sense it is non-partisan and belongs to everyone. Indeed, Liberal and Libertarian parties that are anything but rights-protection parties may become incoherent and not make sense in the long run. In the US, we found the main battle was pretty basic: ballot access and a fair hearing. Worldwide, in many countries Libertarians are the main rights presence, galvanizing Liberals and moderates.

In the US, in particular, the LP has completed its initial mission, and should continue to be a beacon of activism, education, and resources, or focus for the emerging Libertarian constituency--and inspiration to parties working for individual rights abroad. We prepared a toolkit for that Libertarian-direction work: See www.LibertarianBookClub.org  with a standard (2004) guideline activist platform and short summary ones, and a strategic plan 'continual improvement' toolkit. The most important 3 things you can do are:

Yet--There's other work to do.

In the late '70's we developed a long term approach for what we called the "Libertarian Troika"...the idea that in time we would offer 3 Libertarian "parties" to inform, energize and grow  what the world really needs: A large, tolerant, secular, pro-science and pro-peace middle class that views government as an optional service and wants plenty of choices in all areas, from lively free markets to intentional-designed communities. To that end, in future years focus will turn to starting for every country and major region:.

If you have any doubt about these, an extremist group in a major US Party has decided stopping this is their main priority (Can't say where, as I can't reveal our source).

I'm very excited about these and other tools. Increasingly, you trun on the TV and people are discussing Libertarianism from learned conferences to silly smear jobs to 'pop culture' refrences on comedies. None of this would have happened if we had not step forward in the early '70's and in my opinion the world would be in a massive Communist dictatorship by now instead. The first Libertarian generation showed against all doubters that it could be done on the civic plan in some form in the US, Norway, Costa Rica, the UK...what's before us is tightening and spreading to all parties and nations.

The day will come when everyone of any sense is a 'libertarian' in the same way anyone today is a 'democrat' or believes in division of powers. A world confederation of free republics 'with option of libertarian communities and programs made legal' will grow as more people see the value. (As our 1980's Movement Mission Statement says, we don't need a 'Libertarian government' or one big happy 'Libertarian Society.'  or even a Libertarian majority. We need more legalization of voluntary options, of choice for rights, with model Libertarian communities and projects from loving homes to co-ops or cities to Century-long ventures to the stars...and should spread interest in that concept by every peaceful and courteous means. )They see the value when they are presented with an example or information. Don't be thrown off by people who say we have fringe ideas--all of what we propose is a legal right or offical policy somewhere--from raw milk to home schools to abolishing taxes and the  military-What we want is legal consistency for rights..and general familiarity with voluntary ways to do this people like.

Tell people!--That's what we, whether as individuals telling friends or as a movement, must do, and all we need do: Always courteously, relentlessly, self-critically, and starting with our loved ones and local community. We are the movement of reason, rights and civilization--not exclusively but as the most informed and dedicated fans--and as we said at the beginning, we rally the champions of rights, the challengers of all cults...and have nothing to justify or apologize for.

There is work to do. Just as the once controversial idea of voluntary choice and associations is increasingly accepted in most of science, religion, marriage, nationality, and many other areas, so it's already spreading for private and public programs of all types. It begins with the will of one person. That person is you.