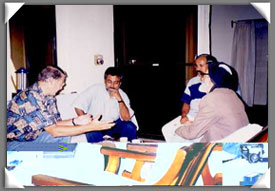 February 22, 2010 --Libertarian Parties have been normalizing operations in promoting Libertarian and Liberal ideas and have begun to define the center. In addition, once controversial concepts, including LIO SMILE agenda concepts, are redefining the mainstream more than ever in recent years.

Typically Liberal centrist parties attract 5% to 30% of the electorate in European countries (the Swiss FDP is typically on the high end). These report an inceasingly Libertarian-oriented agenda and interest in particularly small government applications and philosophers ( http://www.liberal-international.org/editorial.asp?ia_id=1117 ). In the US Libertarians are attracting or developing that constituency. Recent polls suggest the US public has increased from 6% to 27% Libertarian Leaning and a similar amount centrist in one generation.Libertarian leaders feel this is in large part due to educative and political efforts. In other words, we expect growing Libertarianization of the center.

Libertarian public policy concepts are spreading in the culture:

At the same time anti-Libertarian activity is up:

LIO has been as a result shifting its emphasis for the coming years as an advisory organization.