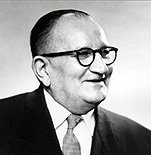 How do we educate to a just, humane world? What tools do parents and self-educators need immune from the fancy of the day?

In recent years technocratic themes have grown again. They've rallied in the call for the importance of 'S.T.E.M.' education from toddlers to Presidents--i.e. conversancy and available education on Science, Technology, Engineering, and Math. Educators and worried parents point to people with 'useless' social science degrees. Cases occur where these deservedly get little interest from employers impatient with lack of basic mathematical or current technical expertise or even negativity.

This has unfortunately combined with reactionary elements of the extreme. These groups are trying to disvalue a humanist, secular education. Such education puts the facts in perspective for correct application. Where they propound a variety of anti-reality of climate change, anti-evolution, and anti-markets or rights themes such proponents correctly view tolerant and fact-focused science informed by social reality as the enemy. In the US, members of the Congress Science Committees and other technical groups have recently told children that all evolutionary Science is the work of Satan. An example of the good of this trend is the www.spc.org  a low-cost college that trains on science and market-ready technical degrees--but has a requirement to study practical ethics all but unique in the USA. An example of what is wrong is a call led by some extreme religious-conservative US Republicans and misguided academics to charge humanities students more as 'less useful' to the State (  http://www.huffingtonpost.com/2012/10/25/state-proposal-vary-cost_n_2014802.html ) as not based on S.T.E.M. …So helpful tools morph into 'unintended' imposed consequences. The prospect of a democratic society or large companies conned by extremists with either naive social scientists OR ethics-free engineers in tow gives pause. Is Liberal education itself--the experience-tested toolkit of a Liberal or kindly, free person-- the real target?

To this end I have recently held a workshop for educators on what I have dubbed B.A.S.E. as equally key in education. Both S.T.E.M. and B.A.S.E.--along with tutoring in exercise, health, and emergency-military organization--are components of a humane, Liberal education.

o Basic concepts of method: Philosophy, logic, systems theory, goal analysis, axiomatics, brainstorming, scientific methods and paradigms, rights development; interdisciplinary and comparative studies in religion, affairs, and sciences supported by life-long interest in Great Books and new skills. So-called Austrian Economics is helping revolutionizing social science by a) An axiomatic approach, and b) A medical organic systems approach i.e. where it treats coercive systems as a social pathology. Lawyers see things business people do not, geographers led many discoveries of geology, people win prizes for ideas in one field that were in fact long known in another.

o Art-humanities, languages, & aesthetic craft: Art is how people model their visions, make things enjoyable, and appreciate the cultural philosophies of others. A picture is worth a thousand words, a great speech many dry treatises to getting action. This includes appreciation, history, and basic techniques in writing, plastic and other self-expression.

o Social sciences and Psychology. Einstein revolutionized physics looking at a social science equation. A mass of social science discoveries have entered common lingo from life-phases to denial complexes. Doctors have discovered hospitals that take account of social science interactions and simple techniques discovered by social scientists thrive. Thus, tools such as color-coding and encouragement of an informal communication atmosphere have fewer iatrogenic mistakes with happier patients who get better quickly. A technologist or scientist unaware of the history of the subject re-invents flat tires.

o Entrepreneurship including Law, Business, Economics, Community Organizing, and Management. LIO Fellow the late George McGovern avowed that his military-techno and social science education led to many proposals that were a disaster. He would have realized that they were a mistake if he had spent a year running a business. This line of learning should be supported by basic certification in a working person's technical skill and, dare I say experience in a union and working person environment as well, not just business field trips.

For decades LIO participants and fans have been promoting things like teaching logic and comparative culture and religion-atheism in elementary school; entrepreneurial education in middle school; great books reading and philosophy in high school. They have worked to end the common practice of training S.T.E.M. graduates in everything except formal logic and actual scientific method so they remind one of artists who can't name colors. They have emphasized that home schooling always occurs and has to be made primary and conscious; welcomed student-run Sudbury schools; fought to legalize free and low-cost by-test Liberal colleges; and fought for free and low-cost life-long and web learning. Now it has a name: along with S.T.E.M. we need, I suggest, a B.A.S.E. focus. Gandhi was a lawyer, Socrates a stone-mason, Hildegard of Bingen revolutionized arts and science while she and ran a community; and I'm a multi-disciplinarian with a union card. LIO has always encouraged prospects like Rand's New Intellectual in modern times: The leader comfortable and respectful of all fields and basic humanity. Culturally, citizen groups like ‘Socrates Café meet a need. Teachers are discovering that using the Peloponnesian Wars is immediately understood by ghetto kids who see those conflicts daily.

The current trend is to integrate S.T.E.M. and what I have named B.A.S.E. in an ongoing learning environment. In what scenario do we need S.T.E.M. students going to colleges where B.A.S.E. is not prized? Specialization tied with appreciation and comfort for the general is what does the trick for most. One usually doesn’t need S.T.E.M. bridge-builders who build marvels that don't work because they ignore the (B) interdisciplinary impacts, are (A) ugly and thus avoided, create (S) traffic jams and accidents by ignoring how drivers actually drive, and (E) cost 3 times more than they should have –except, perhaps, in a armrest-gripping Disaster Movie with Nicholas Cage or Charlton Heston to the rescue.